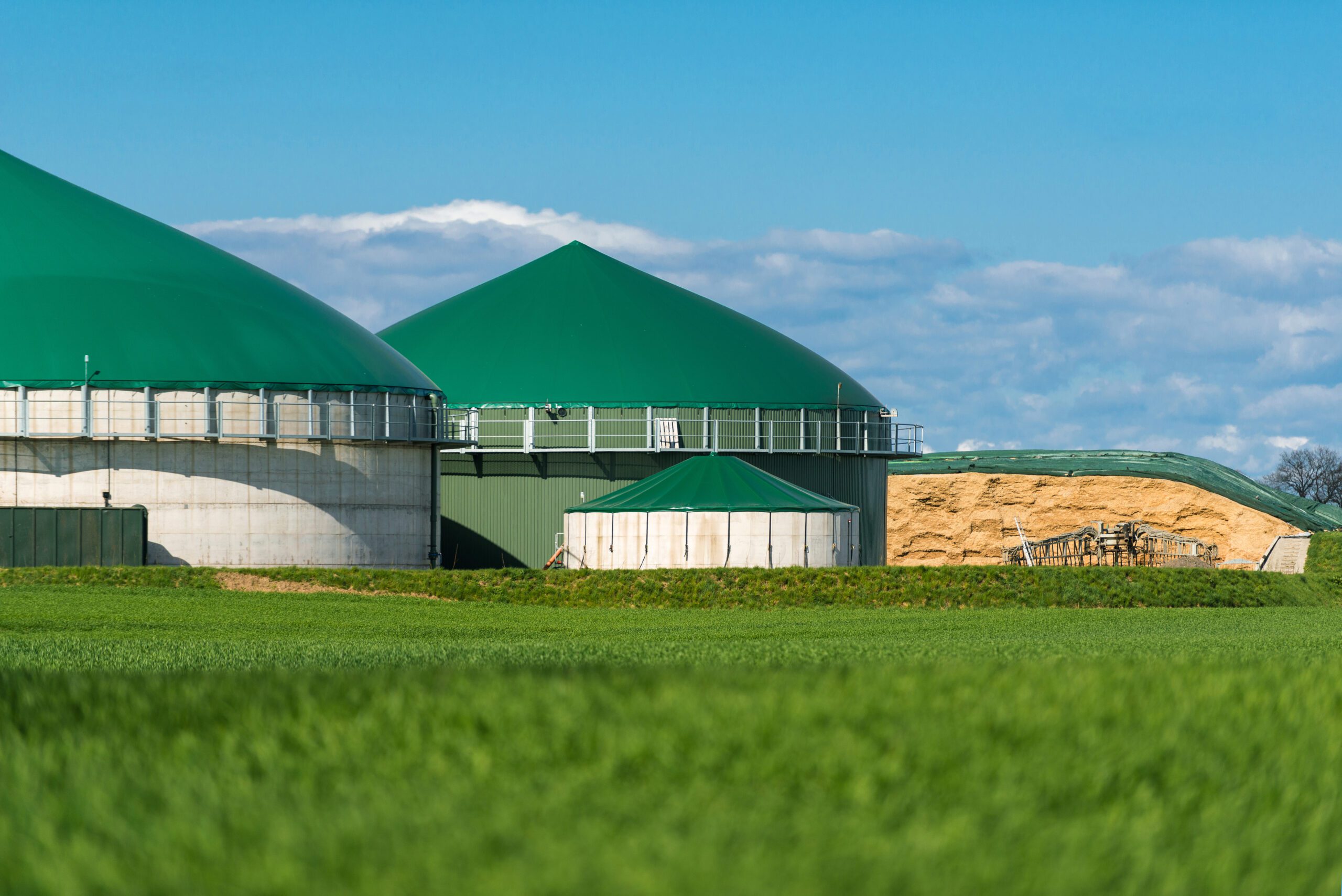 The digestate is then conveyed to a separator for splitting into liquid and solid parts. While the fermenters were being fed, they presented crusts consisting of un- or semi-digested grass silage, with thickened digestate profiles below the crusts; electrical consumption by the agitator motors in these conditions would vary between 19A and 22A at variable speeds of 44Hz to 50Hz. 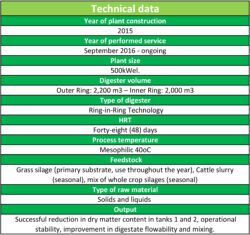 Over a timeframe of sixty days, representative results showing the performance of the two fermenters were gathered by regular sampling of the digestate. The analysis showed that the digestate inside both the outer ring and the inner  ring  had certain micronutrient deficiencies and at the same time the dry matter content was increasing to such levels that the agitation would automatically stop. The micronutrient deficiencies could be solved within a few days.

As grass silage is known to be a challenging substrate, it was decided that the first point of action would be to tackle the digestate thickening problem. To this end, both fermenters were dosed with the hydrolytic enzyme MethaPlus® L100 at a dosing rate according to the substrate quantity and quality, so as to enhance substrate conversion and to improve viscosity. 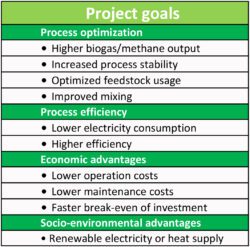 The plant continuously used MethaPlus® L100  for over nine months. The first parameter that showed an immediate significant improvement was the dry matter content.  The values dropped from over 8% to a stable average of 7%. This resulted in an electrical saving at the plant, as the agitators worked between 16A  –  17A at speeds variable between 42Hz and 44Hz. Furthermore, no more crusts were observed. Finally, following the successful application of MethaPlus® L100 in the system, the feed was gradually reduced by approximately 25%. As a result, the average retention time in the fermenter increased to sixty-eight days.

Use of MethaPlus® optimized the biogas process (i.e. improved substrate conversion and viscosity, and inhibited the formation of crusts)  which led to enhanced economic efficiency for the biogas plant.