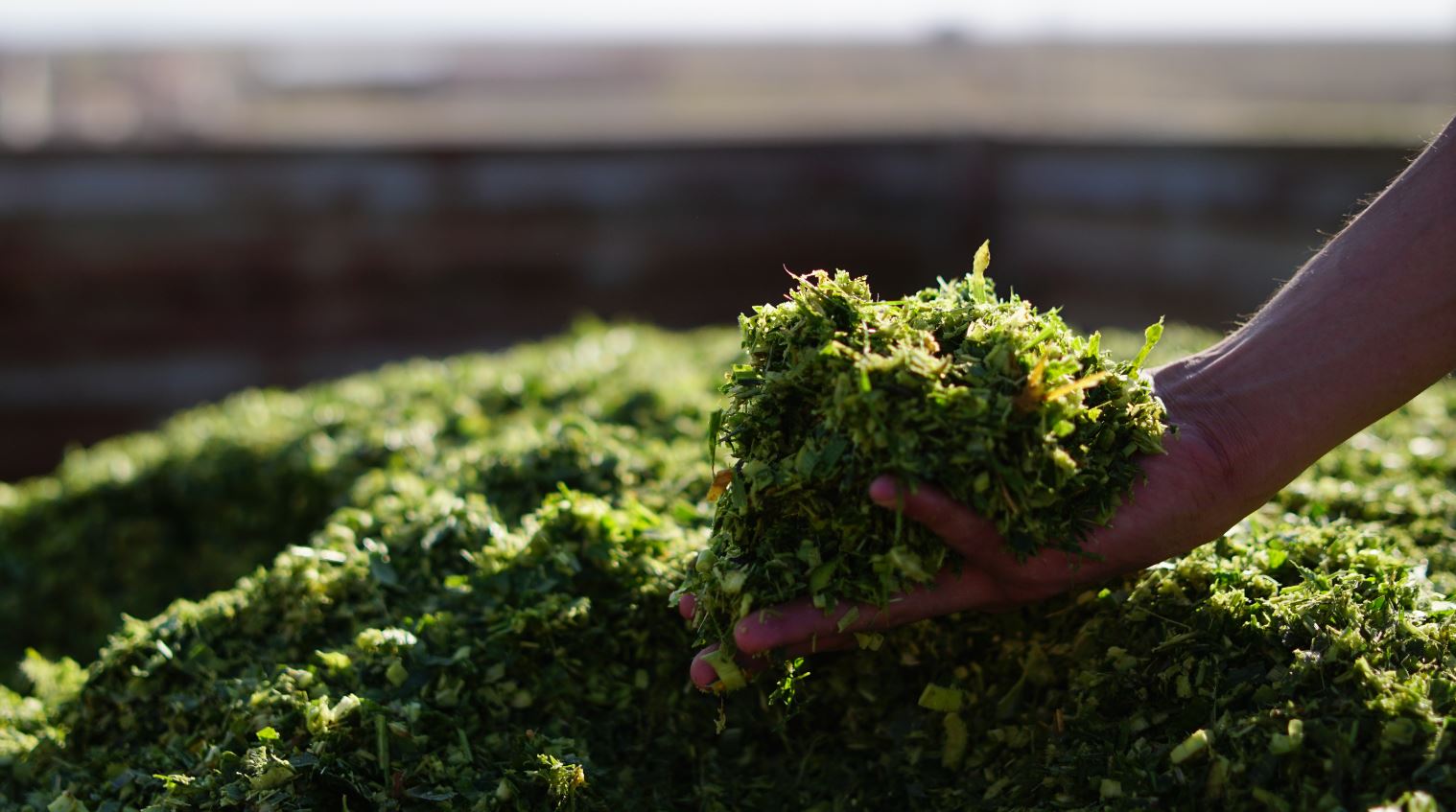 The standard ensiling process involves compressing silages in a clamp and preventing oxygen from penetrating the heap. The microbiology contained within the silage continues to respire using some of the available carbohydrates and producing mostly lactic acid for several weeks. As a result, the pH drops, which in turn inhibits the growth of unwanted microorganisms and therefore maintains the required crop characteristics. The key to saving as much organic matter as possible from spoiling, is the speed at which the pH decreases. The more favourable organisms present, the quicker it will decrease the pH and reduce spoilage losses. 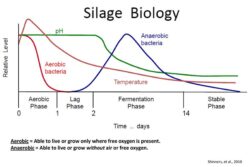 Silage additives on the market currently focus on adding strains that will predominantly produce lactic acid in high concentrations. However, for anaerobic digestion, acetic acid is favoured over lactic acid, as it is the precursor in the methane production. Lactic acid needs to undergo additional steps converting it to acetic acid before it’s then converted to methane.

Therefore the higher the volume of acetic acid that can be produced during the ensiling stage, the faster the digestion rate of the silage thus allowing for easier management of viscosity in the digester and the possibility of being able to increase feeding rates to a higher level than  normally operationally viable.

OMEX have added a range of silage additives to their products, designed to improve fermentation in the clamp, reduce aerobic spoilage and increase the ratio of acetic to lactic acid. This case study shows the proven results of using pHast® and the resulting potential savings.

OMEX monitored the feeding rates, CHP generation and biogas production to determine the effect of pHast® silage additives on the AD plant. The following plant data was recorded over a 14-month period and compared against the same period in the previous year.

There is a large number of variables that can affect the results on an AD plant. CHP output and feedstock dry matter were the main variables that needed to be considered. Therefore to reduce the impact of the variability in the feedstocks, other parameters like the energy yield (kwh/tonne), the biogas yield (m3/tonne) and the biogas uplift (theoretical yields vs actual yields) were used as the main indicators.

The large volume of rain in the winter and the subsequent dry summer significantly impacted on the growing periods of rye, maize and oats used as feedstocks on site. This led to a lower quality crop with a lower than normal dry matter than the feedstocks from 2019.

Poor weather during the harvesting period led to an aborted phase of the oats and a significantly lower dry matter content of around 23%. The farmer was concerned that these oats were going to be very difficult to salvage but had inoculated them anyway.

In addition to this, the AD plant was running out of feedstocks from the previous year and therefore the new crops were only ensiled for 1-2 weeks before the clamp was opened up and feeding commenced.

Unfortunately, the weather in 2020 had a larger impact on the quality of the crops harvested, in contrast to the previous year which made direct comparison more difficult. Nevertheless, the crops with a lower dry matter still managed to produce higher biogas yields than the crops of the previous year after treatment with pHast®.

The first attempt at harvesting the oats had to be cancelled due to the poor weather. This resulted in around 500t of oats at 23% dry matter. The farmer was convinced that this was too poor and would spoil. However, when the clamp was opened a week later, the silage was stable with a pH of 4.0.

The KPI data for the site in the two trial periods can be seen below. In general, the site has achieved higher yields on a significantly lower volume of dry matter fed per day. The average dry matter fed during the application period of the competitors’ product was 61.23tn  each week, compared to only 55.33tn of dry matter per week with pHast®, which is a very significant saving of 5.9 tonnes per week of dry matter.

The silage managed to achieve an additional 10% uplift in gas production than the crops of a higher dry matter from the previous year. Even though there were some difficult to monitor additional factors that might have been affecting the uplift, there was still a significant increase in yields that can be attributed to the addition of pHast®.

“The digester is really gassing off; I’ve had to reduce the feeding” Charlie Booth, Operator.

The operator noted that the plant mixed better, produced more gas and was generally easier to manage. This is particularly important when using hybrid rye as its common for rye only plants to suffer agitation and pumping issues due to an increased dry matter in the digester. Combined with Axiase this could be a perfect combination to help rye -fed plants manage their viscosity all year round.

As the operator had to reduce feeding due to increased gas production, this lowered the daily feeding costs for the site. Based on the energy yields from the competitor’s treated silage (in the table above), the site required an estimated 10,142 tonnes of silage per annum to run at full load. However, based on the energy yield from the silage treated with pHast®, the total silage required per annum decreased to 9,713.9 tonnes. Based on £38 per tonne of silage and including the cost of the silage additive, the reduction of around 428 tonnes per annum can lead to a rough saving of £16,193.53 per annum after using pHast.